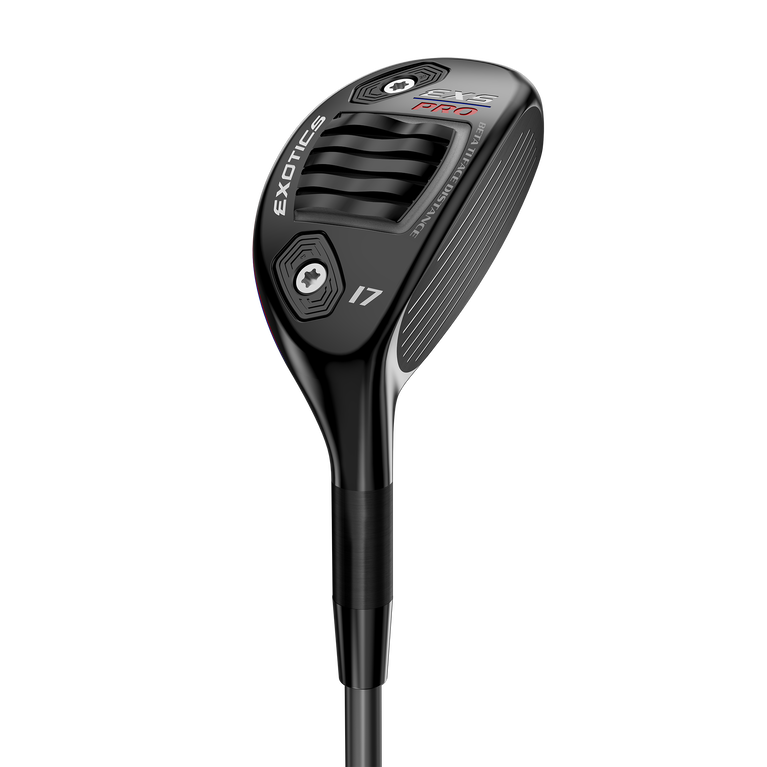 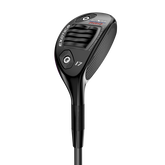 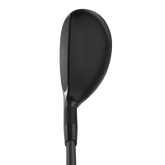 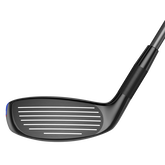 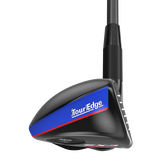 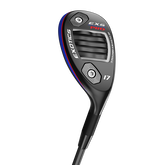 The "Straight from the Tour Van" Exotics EXS Pro Hybrid is a Limited-Edition tour-prototype that is being offered to the public in a small batch production of only 1,000 pieces. The EXS Pro Hybrids were designed to be a low-spinning rocket for faster swingers seeking a Titanium faced hybrid with a more compact head and a deeper face. Exotics clubs have been in play by over 100 different PGA Tour players with over 700 Exotics clubs in play over the past few seasons. The EXS Pro series was designed with the feedback from those PGA Tour professionals.

The EXS Pro Hybrid features tour-inspired compact shape with a deeper square-face. An emphasis was placed on making this compact head produce faster ball speeds while achieving the same CT measurement as the larger EXS 220 series. An extreme slope from the middle of the crown to the back of the clubhead compacts the head and ensures low spin and a penetrating ball flight.

The TrueLoft System provides extra quality control methods to ensure that each club head fits the exact intended loft to let players expertly dial in their preferred distances. With 6 different lofts available, the EXS pro hybrid offers an unprecedented range to provide a loft for every possible yardage.

The club head features a forward Center of Gravity (CG) that should be considered a Tour level CG placement. It's design was made to produce the lowest possible amount of spin for faster swing speeds.

Dual weight ports placed to the extreme heel (10 grams) and toe (5 grams) provides a Flight Tuning System that makes a huge difference in ball flight and shaping shots in this compact, low-spin hybrid design. Clubs will come standard in the Draw position, but by switching the 10-gram weight to the toe and the 5-gram weight to the heel, it will employ a Fade setting. Individual weights and a weight kit will be made available that includes 10, 15 and 20-gram weights that are interchangeable for the EXS Pro Fairway Metal and Hybrid for the ultimate in self-fitting.

The EXS Pro hybrids utilize a Beta Titanium Face combo brazed onto a stainless-steel body. This Beta Titanium face is a material upgrade over previous Exotics designs. Combo Brazing is a zero-welding technology that fuses Titanium to steel, reducing weight in the face and allowing for a faster and more powerful transfer of energy from club to ball.

On the sole of the clubhead, the turf interaction is greatly enhanced by thicker SlipStream speed channels on the sole. The new curved entry on the leading edge of the sole to the face makes for the best sole design for smooth turf interaction. 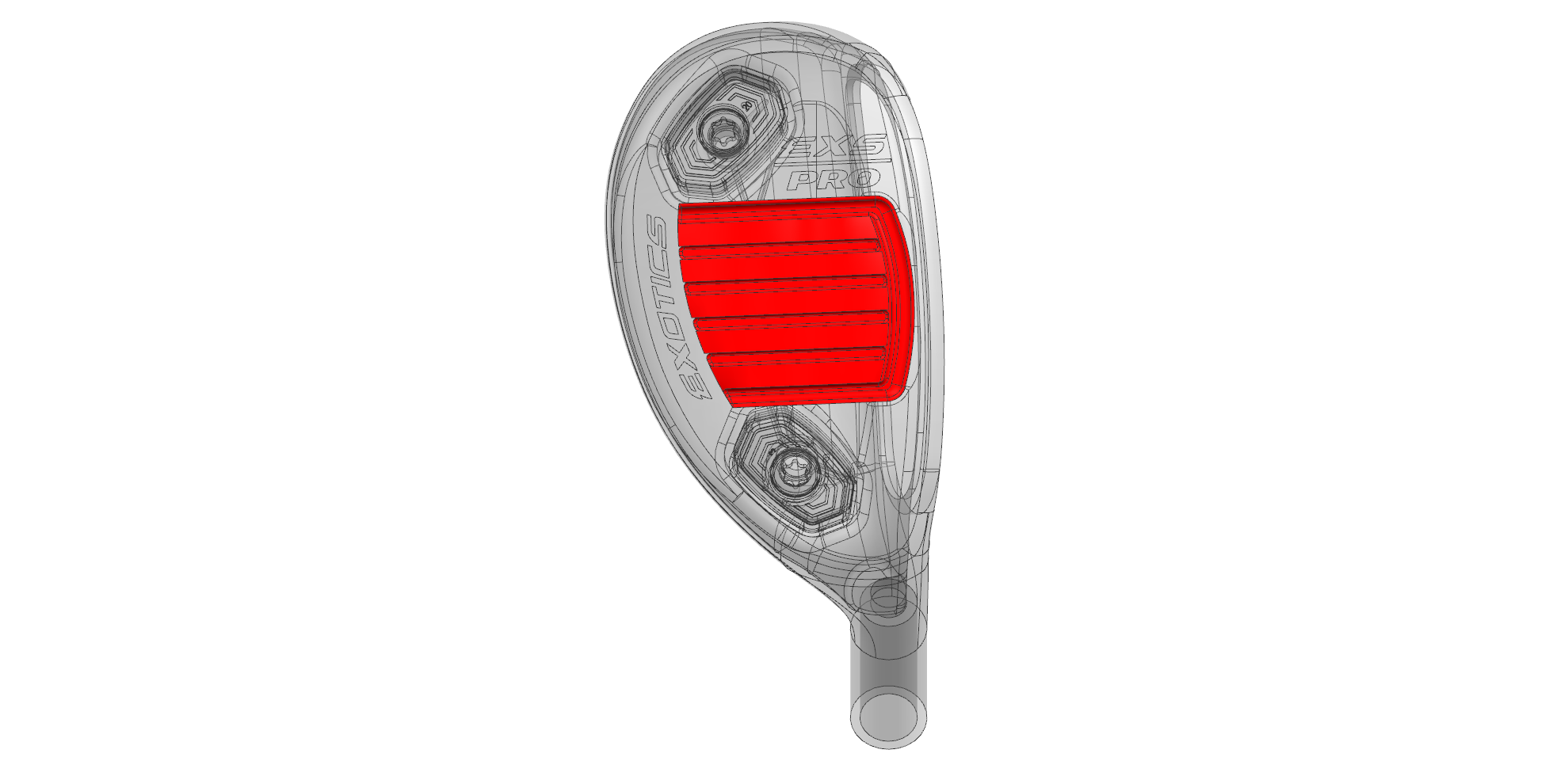 Inside the club head, Tour Edge engineers have placed a Sound Diffusion Bar or S.D. Bar that has been used to improve the acoustic engineering of the entire new EXS metalwood line up. The S.D. Bar was modeled using F.E.A. software to research and fine tune the acoustical properties of the driver. The S.D. Bar is similar idea employed in music studios and concert halls with diffusion panels used to enhance the richness of sound. 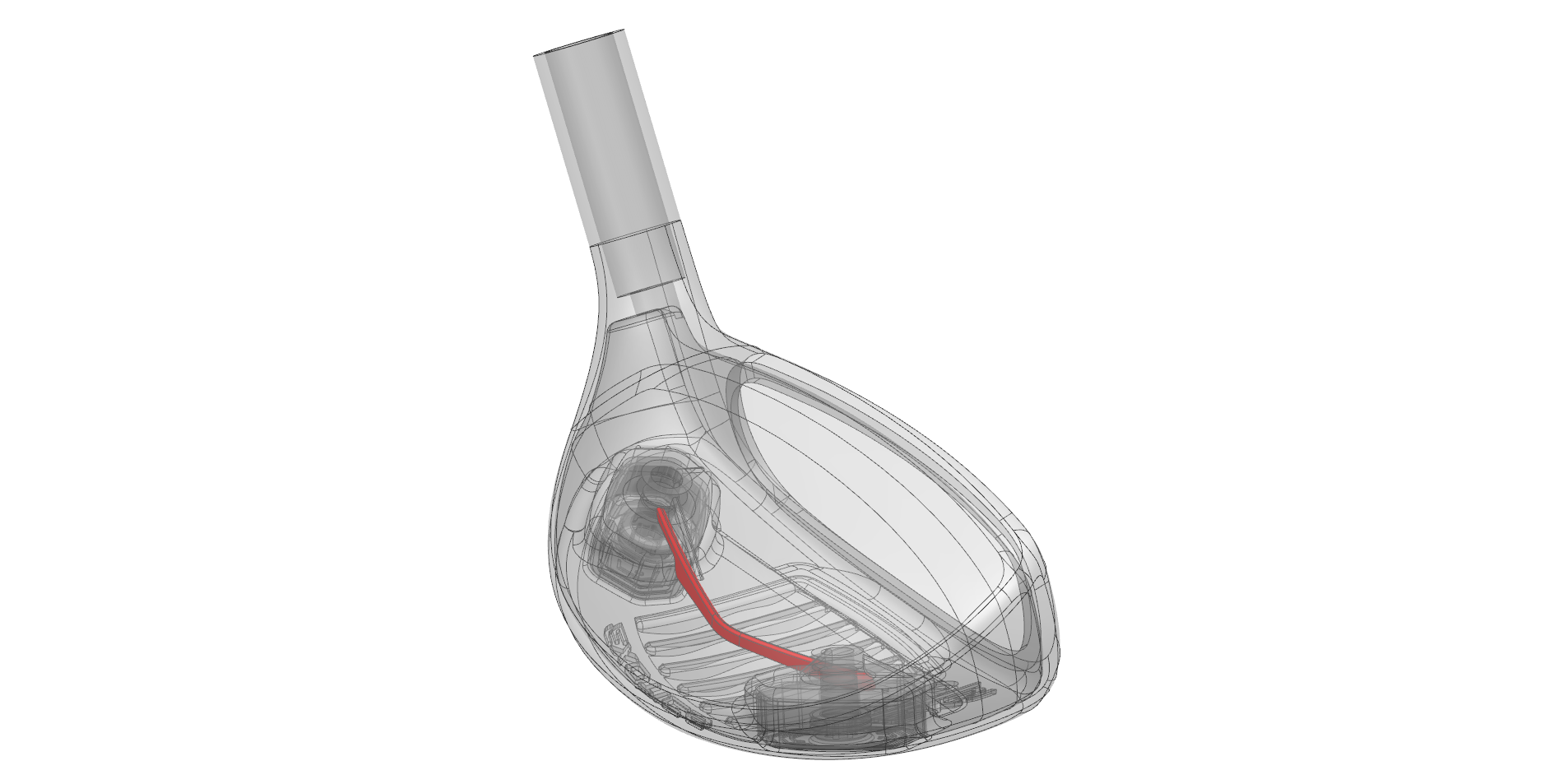