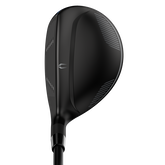 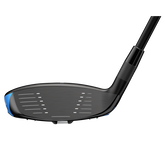 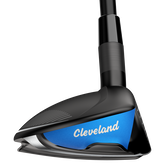 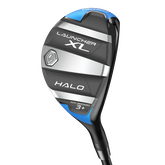 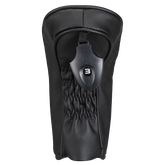 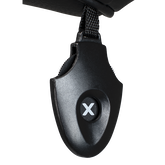 What's a Hy-Wood? It's a wood that's twice as good. It swings like a Hybrid, it feels like a Hybrid, but it flies as far as a Fairway Wood. Not tough from the rough, it's easy to swing -- the new Launcher XL Halo Hy-Wood? Yes, that's a thing. "Welcome to the Club"

Not a fan of hitting Fairway Woods off the deck? Or maybe you just prefer the feel of a Hybrid swing off the tee? Either way, the Hy-Wood replaces those duff-prone Fairway Woods while maintaining proper gapping at the top of your bag. Its shaft is longer than a standard 3-Hybrid but still shorter than your Fairway Wood shafts. That means you can hit down with less of a sweeping motion, but you’ll still get big distance. It’s the best of both worlds, it’s perfect if you hate your 3-Wood, and you can only get it here.

Not comfortable hitting Fairway Woods off of the turf? Look to Hy-Wood. It’s the best aspects of Fairway Wood design with the best elements of Hybrids, so you get Fairway Wood distance with your Hybrid swing.