Skip to Main Content
FREE STANDARD GROUND SHIPPING ON ALL ORDERS OVER $99!
PGA TOUR Superstore and The Arthur M. Blank Family Foundation Invest $9.5 Million in Next Generation Through First Tee! 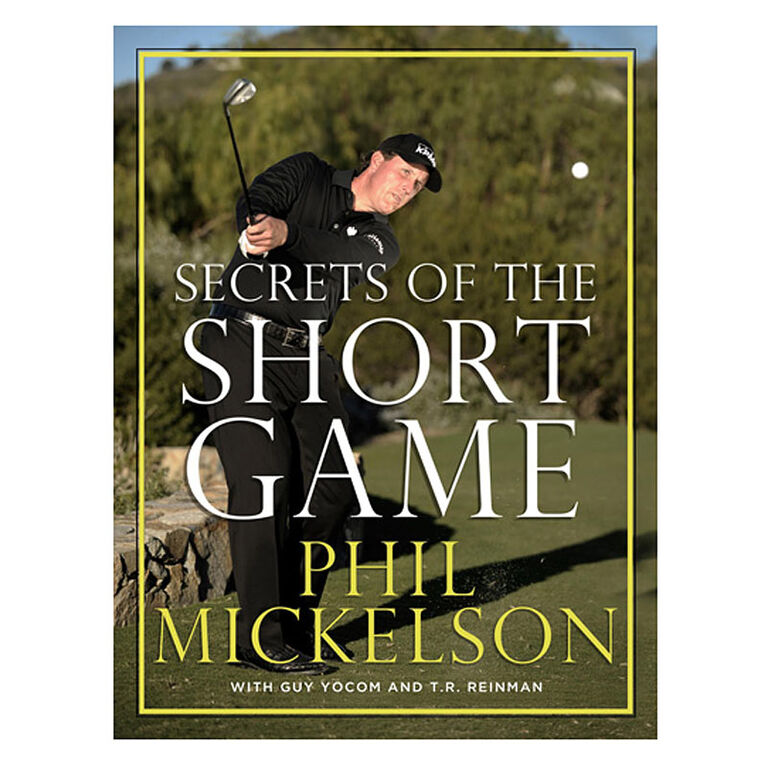 SECRETS OF THE SHORT GAME - Golf writers and broadcasters have run out of words to describe Phil Mickelson's brilliance around the greens, but the question remains — how does he do it? Phil Mickelson Secrets Of The Short Game, which will be his first-and-only-short-game instructional book. Phil’s short-game instruction includes how to hit Phil’s famous Flop Shot, his famous backward, over-the-head shot, and all of the other finesse shots around the green that will help you dramatically improve your up-and-down percentage. Phil’s approach to "short-game" play (which he defines as shots played from 50 yards in) departs noticeably from conventional golf instruction, particularly in putting and chipping. Phil’s way is personal and original, yet he believes it can revolutionize how people teach and play the short game. Because Phil’s program specifically debunks numerous commonly held beliefs, "Secrets of the Short Game" is sure to be newsworthy and perhaps even controversial. "Secrets of the Short Game" is the first instructional program from a great player in more than 20 years.
https://www.pgatoursuperstore.com/cart
91756bda6794f6142671a31f26
0.0
0.0
0.0
0.0
0.0
USD
1067201