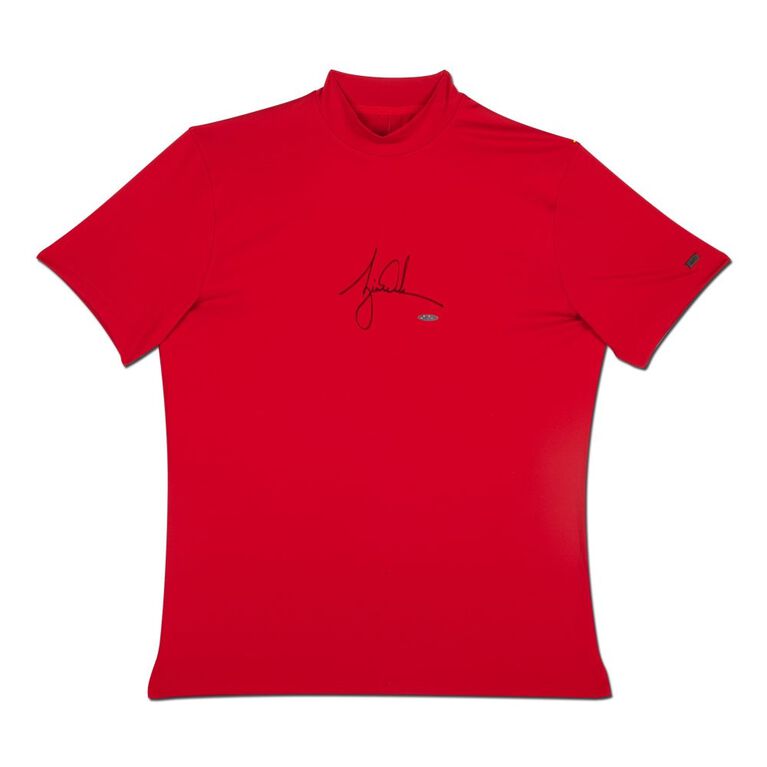 
Epic comebacks have become the staple of Tiger Woods’ career. And he made perhaps the greatest comeback in sports history by winning the 2019 Masters Tournament following several years of career-threatening injuries. When he put on the green jacket for the fifth time in his career on 4/14/19, he wore the red Nike Vapor Dry mock turtleneck that he had sported earlier in his career during crucial wins. Back on the retail market as an unsigned shirt for the first time in several years, here is the autographed version of the famous mock turtleneck. He wore this in his famous 2005 Masters Tournament championship as well. If Michael Jordan is known for his 1997-98 red Bulls jersey, Tiger Woods is known for his red Nike mock turtleneck. Woods has autographed this Nike red Vapor Dry mock turtleneck in black paint pen. His signature is deemed authentic by virtue of Upper Deck Authenticated’s Five-Step Process.