Got It!
Upper Deck 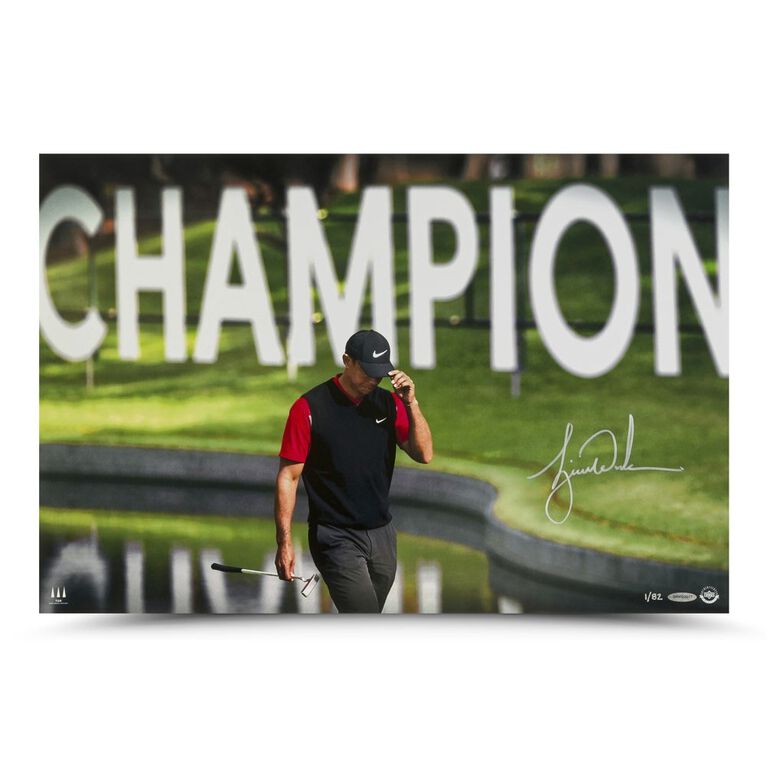 
A typhoon halted play on day two of the 2019 ZOZO CHAMPIONSHIP at Accordia Golf Narashino Country Club in Chiba, Japan. But if you want to beat Tiger Woods, you’re going to have to bring more than Mother Nature. Woods birdied 27 holes on the weekend on his way to winning his historic 82nd career PGA Tour victory. The win tied him with legendary Sam Snead on the career wins list. The tournament was the first official PGA Tour tournament in Japan. The win was one of the major highlights in a season that also saw him win The Masters Tournament, his fifth green jacket. Woods has autographed this limited edition (82) “The Tie” 24” x 16” designed image in silver paint pen. His signature is deemed authentic by virtue of Upper Deck Authenticated’s Five-Step Process.